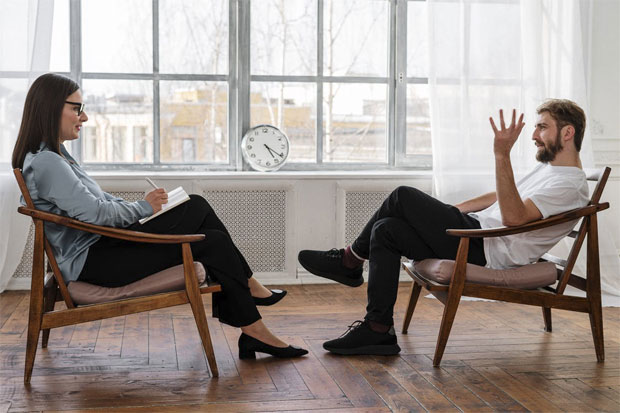 Leadership styles have evolved over the decades. In the 1980s leadership was closer to the military command-and-control approach, or dominant structure, “with big, bold decision-making.” Then, a younger leadership style with the emergence of tech companies in the late 90s and early 2000s, with leaders “more open to ideas, more collaborative and very fast moving.” Nowadays, thanks in part to globalization, leadership has become more holistic in so far as it is “far more multicultural, more exposed to different cultures, attitudes and environment.”

Jon Hazan, an executive director and executive coach, was outlining in a webinar the major trends in leadership styles over the years. His own career has also mirrored some of these changes as he himself has been exposed to a number of different leadership styles:

“It’s been quite a personal journey for me,” Hazan said, “experiencing these different styles of leadership with some incredible results along the way.” He went on to discuss the importance of emotional intelligence for today’s leaders (“essentially the ability to recognize not only your own emotions but those of others in your team and workplace”) and how there had been a “seismic shift” from the military style of leadership to today’s holistic approach. “Personally, I put EQ (emotional quotient) down as a foundation for the coaching style of leadership and for building better, more resilient teams.”

In terms of the modern workplace and the Zeitgeist, Hazan said he believes that “building a resilient, close-knit team also delivers a far higher level of productivity, mental health, wellbeing and engagement.” He said leaders have to communicate clear goals so their teams understand what they are trying to achieve. And in terms of management, they need to “clear obstacles from their path, develop team members and review their progress. All are critical skills for a leader in the modern workplace.”

Hazan then highlighted four levels of coaching development that apply both in life and in the workplace (in no order of importance):

Hazan then went on to highlight four key coaching skills (again, in no order of importance):

Client — “you’re listening at a far more engaged level and absorbing what they’re saying without thinking of a response from your own personal perspective.”

Environmental — “you’re not just listening to what they’re saying, you’re listening to how they say it, the words they use, and observing their body language. All of that you can translate into a more meaningful discussion.”

“So, listening, questioning, reflecting, and summarising can be used in everyday life as well as the workplace. You don’t have to be too formulaic or rigorous with it. I challenge you to think more about how you format your questions. Probably listening is the critical skill.”

Hazan then demonstrated these techniques in a ten-minute, rapid-fire role-play session with Humphries. “In closing, being a coach as a leader is a challenge,” Hazan said. “I thought I knew everything there was to know about coaching, but I had a rude awakening and realized how little I actually applied those coaching skills as a leader.” Consequently, he went on to seek training and a qualification from a coaching body.

“I would encourage you to find your personal leadership style. It’s only authentic if it’s true to you. Find your own path, enjoy the journey and build some incredibly strong relationships. Fulfilled, engaged teams await.”

On coaching vs mentoring

Although coaching and mentoring are both critical management tools, aimed at “optimizing people’s potential and performance,” Hazan said mentoring “tends to be a one-way process,” with the mentee – often a junior member of the organization – choosing a mentor – a more senior, possibly C-suite, member of the organization – to guide them through their learning and development journey. So, the mentee goes to them with questions and seeks solutions.”

“The coaching relationship, however, is what we call ‘co-active’. There’s no assumed knowledge and the coach doesn’t have to be in the same industry or the same organisation. It’s the coachee or client that sets the agenda as they choose the topic to discuss. They own the process and it’s the coachee who finds the solution, not a mentor telling you how to do it.”

“Coaching allows that greater ownership of the process and if you own the process, you’re going to be more engaged.”

There are times, however, when coaching is not the right approach, Hazan said. ”If you’re dealing with time-critical decisions, coaching is not the way to go. Coaching is very collaborative and time-consuming as it’s a process of change that doesn’t happen overnight. It’s a journey.”

He singled out, in terms of collaborative techniques, Marriott CEO Arne Sorenson’s approach to the crisis, in demonstrating to his team and associates “the importance of time-critical decision-making and he laid out a plan. He talked about the impact of the current crisis on the business in clear, certain terms but he also did it in a very empathetic manner. He understood what they’d be going through and that brought a level of understanding and trust in his workforce.”

Ideally, then, leaders should seek to develop their teams before a crisis occurs. “Coaching is a long-term relationship. If it starts at the beginning of that relationship, it can build very strong foundations within that one-on-one relationship or team environment. That means that when the crisis occurs, you’ve got that strong, resilient team. You understand the strengths and weaknesses within your team and you apply it to the crisis.”